It's time for Roman Art!

I know that a lot of you were waiting for this moment: today we are going to start talking about Ancient Roman Art

After have learnt more about the visual arts in the Ancient Greece some posts ago, now it is finally time to explore the Ancient Roman Art! Talk about Roman Art means to focus on the “main” visual arts made in Ancient Rome: architecture, painting, sculpture and…mosaic work. Yes because mosaics were really appreciated back then and we have many beautiful examples of them (for example click here to enjoy Alexander Mosaic).

From our modern point of view, luxury objects in metal-work, gem engraving, ivory carvings, glass and pottery are sometimes identified as “minor” arts. However, they give us a lot of useful information about styles, culture and their evolutions. We are able to understand a lot also from the coins since they were an important propaganda tool and have survived in enormous numbers.

Ok let’s be honest: talk about Ancient Roman Art is a mess. The reasons is mostly related to the fact that the Roman Empire lasted more than 1000 years on a huge territory! That means centuries of evolutions and contacts with other cultures! 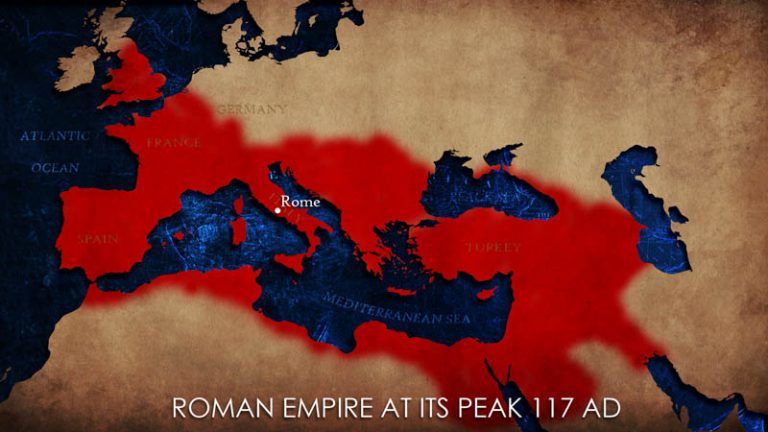 For many centuries, scholars used to think that Romans copied Greek art. In particular, after Magna Graecia was conquered and Romans got a first close touch with Greek culture. More recent analysis has indicated that Roman art is a creative pastiche relying on Greek models. But also encompassing Etruscan and even Egyptian visual culture. Of course everything was adjusted based on Roman tastes and needs.

But let’s go in order… According to the legend, Rome was founded on 21 April 753 BC by Romulus from whom the city took the name. Rome was ruled for a period of 244 years by a monarchical system. Until, in the 509 BC, Romans expelled the last king from their city and established an oligarchic republic.

And that date is really significant because it is exactly in 509 BC that the Temple of Jupiter Optimus Maximus was built. It was the most important temple in the City and one of the first examples of “Roman Art” (on quotation marks since I will show you how the Etruscans’ influence was strong).

But what we always need to remember the Romans for is their pragmatism. More than art, in the first centuries Romans focused on building an efficient and safe city and conquering more territories.

In fact already in the third and second century BC Rome was ruling over Sicily, Sardinia and Corsica, Hispania, Macedonia, Achaea (a large part of Greece) and some territories in North Africa.

The artistic consequences were clear in particular in the sculpture. The Greek influence was really strong and actually a lot of sculptors in Rome were Greek. Vast numbers of Greek statues were imported to Rome and a lot more were copied from originals (and this is a big luck since a lot of the originals got lost – like the famous Laocoon).

Because of that, the style was identical, what was different were the subjects. If Greeks liked to depict heroic exploits from history or mythology, Romans preferred to represents portraits of contemporary “heroes” or wealthy/important people. In particular later, during the Imperial stage, that use of sculptures will be more intense and, with the relieves, a perfect propaganda communication tool.

In Greece and Rome, wall painting was not considered as high art. The most prestigious form of art besides sculpture was panel painting. Unfortunately, since wood is a perishable material, only a very few examples of such paintings have survived and they depict portraits of noble families/figures. We are a bit more lucky with the wall painting: for the rich families it was common to have painted walls mostly realized using the fresco-secco (“dry”) method. However, some fresco paintings also existed in Roman times.

It is important to say that, even if some of them are amazing works of art, the wall paintings for the Romans were mostly just decorations for the houses. But for us are really useful because we can read a lot of information and they inspired many modern styles. Because of that, it is worth it to talk about more precisely in another post that I will write soon.

I want to dedicate a small paragraph also to mosaic. The reason is that even if it is considered as a minor art, it is also true that Romans used them on a very large scale. They were common on floors, curved ceilings and inside and outside walls that were going to get wet. Some of the finest mosaics depict historical and everyday life’s scenes, so once again they are really useful to understand the past.

But where Romans made a huge difference showing to the World their skills and amazing genius was the architecture. Because the Roman Empire extended over so great of an area and included so many urbanized areas, Roman engineers developed methods for city building on a grand scale. In particular using the arch and concrete. The arch was the main element used in almost every construction, from the sewers to the most beautiful monuments! And it is exactly around the 27 BC, when Rome became an Empire, that we start to see some of the masterpieces that are still majestically standing after 2000 years!

In the next posts we will explore the Roman Art to understand the secrets of its beauty and success. Stay curious!