Hi everyone and welcome back to Exploring Art, this is Alessandro. Some weeks ago, I published a video where I talked about the Temple of Jupiter Optimus Maximus in Rome and, in the comments, I’ve been asked what’s the connection between the “Capitoline Hill” in Rome and the “Capitol Hill” in Washington DC.

Apparently, there is none, right? I mean there are more than 2000 years of history between the two… Well, today we’ll find out the real origins of one of the most important buildings in the world: the United States Capitol. 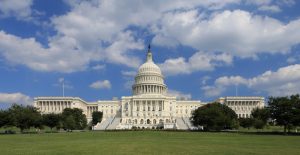 Let’s start briefly with the old stuff. The Capitoline Hill is one of the seven on which Rome was built and one of the most important. The name’s origin is really interesting and related to a legend. Ancient sources connect the name to the Latin word “caput” (that means “head”, “summit”) because, when laying the foundations for the Temple of Jupiter Optimus Maximus, the head of a warrior was found. His name was “Tolus” or “Olus“. The combination of the two words made the adjective “Capitolium” with the meaning of “indestructible” (“eternal”).

Now it starts to make more sense, right? What’s interesting is that, because of the finding, the Temple was called also Temple of Jupiter Capitolinus and the location took the name of Capitoline Hill.

Roman’s influnce in the U.S.

This story took place in 509 BC, so more than 2500 years ago, but, since then, the Capitoline Hill in Rome is still one of the most important.

That’s why Thomas Jefferson insisted the legislative building to be called the “Capitol” rather than “Congress House”. It was around 1790 and the new-born United States wanted to build an impressive capital.

Philadelphia was chosen as a temporary one for ten years (until December 1800), until the nation’s capital in Washington, D.C., would be ready.

So, they had the location, they had the name, now they just needed a good architect. And that was the difficult part. No offense, but in spring 1792, United States Secretary of State Thomas Jefferson proposed a design competition to solicit designs for the Capitol and the “President’s House”, setting for that a four-month deadline. The drawings he got were regarded as crude and amateurish.

Finally, the winner was actually a late entry by amateur architect William Thornton with this design.

Yes, there is something missing if we compare it to what we have now. But, Thornton’s project was reviewed by at least other 5 architects. The original building was completed in 1800, but it was partly destroyed in the 1814 burning of Washington, then was fully restored within five years.

The building was later enlarged, with the addition of a massive dome, and extended wings with expanded chambers for the bicameral legislature, the House of Representatives in the south wing and the Senate in the north wing.

But, who inspired Thornton and the other architects? Once again, we need to go back in the centuries and in Italy. Exactly in Renaissance to meet one of the most influential architects: Andrea Palladio.

He designed hundreds of projects and some of the most beautiful Italian villas. The basic elements of Italian Renaissance architecture: Doric columns, lintels, cornices, loggias, pediments and domes had already been used in the 15th century or earlier, before Palladio. And they have been inspired by the Classical Greek and Roman architecture. However, he was able to reach a perfect balance between elegance and harmony and well planed use of the spaces.

Plus, let’s be honest, Palladio’s architecture was not dependent on expensive materials since most of the buildings are of bricks covered with stucco.

Palladio in the U.S.

As a consequence, he got really popular and his influence reached after 3 centuries also the United States where the Massachusetts governor and architect Thomas Dawes also admired the style, and used it when rebuilding Harvard Hall at Harvard University in 1766.

Palladio’s villas inspired Monticello, the residence of the third U.S. President and architect himself, Thomas Jefferson.

And then also William Thornton.

That’s why in December 6th 2010 with the Congressional Resolution no. 259 the One Hundred Eleventh Congress of the United States of America called Palladio the “Father of American Architecture”.
So even if the “United States Capitol” is pretty recent (for European standards at least) it has many connections with the past and that’s what makes art fascinating.

Thanks for reading, enjoy also the video and see you in the next post. Ciao!

The meaning of Chiaroscuro

How Everything started: Prehistoric painting

How the lamb became a powerful Christian symbol

🎉 What do these masterpieces have in common? An

This is a beautiful 3D reconstruction of how the S

Do you know the origins of the name “United Stat

To celebrate the International Women's Day I picke

Close Menu
We use cookies on our website to give you the most relevant experience by remembering your preferences and repeat visits. By clicking “Accept”, you consent to the use of ALL the cookies.
Do not sell my personal information.
Cookie SettingsAccept
Manage consent